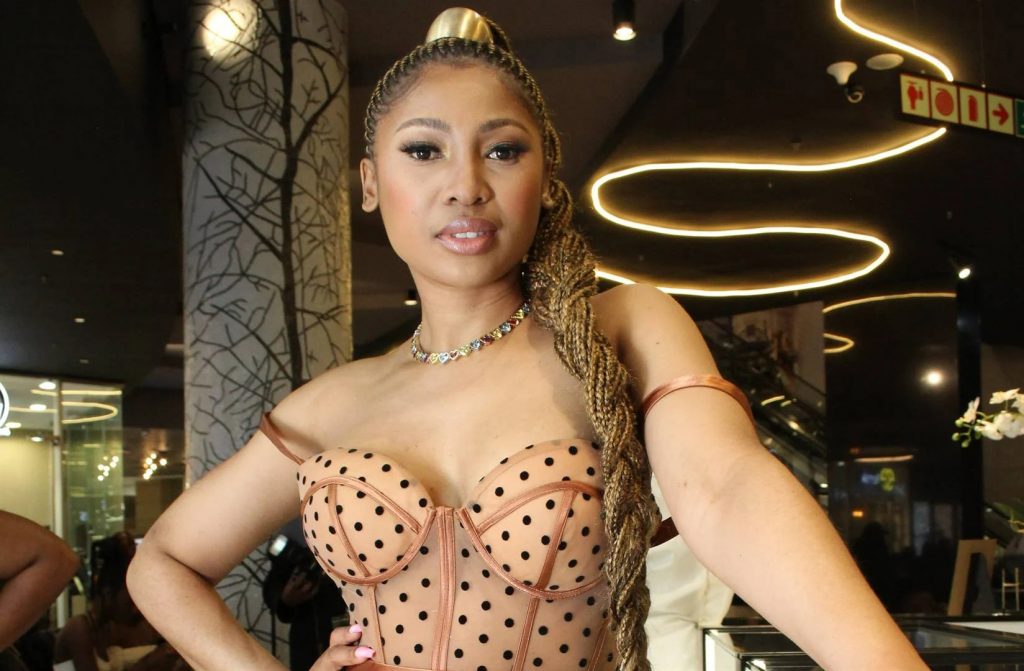 It was glitz and glamour at the launch of locally manufactured jewellery at the Akapo jewellery shop at DaVinci Hotel in Sandton on Thursday.

The launch was in collaboration between Akapo Jewels Incorporation, which is described as a high-end luxury jewellery manufacturer, and Tsa Rona Dibenya t/a Dibenya Platinum Project, owned by Kgosi Nyalala Pilane of the Bakgatla ba Kgafela tribe who are known to have run the earliest iron ore smelting in Thabazimbi in the North West.

Bakgatla royal family, the ambassador of Jamaica to South Africa, Angela Comfort, the acting high commissioner: cooperative for the Republic of Guyana in South America, Candida Daniels, and a few celebrities attended the event.

Kgosi Pilane said growing up in Moruleng Village, north of Rustenburg, he never thought he would end up with a jewellery shop in Sandton and with jewellery that has been manufactured by village girls. He said:

I am very humbled by this milestone.

“When starting this project, we felt it was an opportunity for us to fill that gap. The project started in 2014/2015 when we got support from one of the mining companies. We then targeted unemployed youth from our village and started training them in making jewellery. After the training, we had to release them and hoped they would find work in the industry.”

Pilane added it was unfortunate that 14 of them had to stay at home for five years as they couldn’t get space in the industry.

“There were only two of them who went to pursue their studies further. I decided to involve others in this project, and I can proudly say they manufactured the jewellery you see today. However, this is not just for Moruleng, but for all the other businesspeople in our rural areas around the country. This is also an opportunity for us black people because now, a person can order the kind of jewellery they want.”

He also mentioned that they did not get enough support from government.

“It was only the department of mineral resources and energy that pledged its support but not in monetary form.”

Among the people who attended was EFF member Mbuyiseni Ndlozi, who said:

Our jobs are in these initiatives.

“They work from scratch to break into markets that have been previously not accessible to black people. They came all the way from the village of Moruleng to Sandton and from here, I hope it will go to all the markets of the world.”

Diamond trader Godfrey Mance of State Diamond Trader said they were happy to partner with Dibenya and Akapo.

“This shows that the industry is growing. We are the heartbeat of diamond beneficiation. Many manufacturers can purchase rough diamonds from us. Through initiatives like these, we can see that the knowledge and awareness is getting there. With this partnership, we are committed to providing the knowledge that we have.”

Speaking on behalf of the Bakgata ba Kgafela royal family, Lehlohonolo Chabeli said it was such an exciting time for them.

“This was from Moruleng Village to Sandton. We took a chance and reached out to colleagues. We said come to Moruleng, we have a dream. We believe that this platinum, extracted underground, can produce this kind of jewellery locally not to buy when it comes from Europe.”

This website uses cookies to improve your experience while you navigate through the website. Out of these cookies, the cookies that are categorized as necessary are stored on your browser as they are essential for the working of basic functionalities of the website. We also use third-party cookies that help us analyze and understand how you use this website. These cookies will be stored in your browser only with your consent. You also have the option to opt-out of these cookies. But opting out of some of these cookies may have an effect on your browsing experience.
Necessary Always Enabled
Necessary cookies are absolutely essential for the website to function properly. This category only includes cookies that ensures basic functionalities and security features of the website. These cookies do not store any personal information.
Non-necessary
Any cookies that may not be particularly necessary for the website to function and is used specifically to collect user personal data via analytics, ads, other embedded contents are termed as non-necessary cookies. It is mandatory to procure user consent prior to running these cookies on your website.
SAVE & ACCEPT