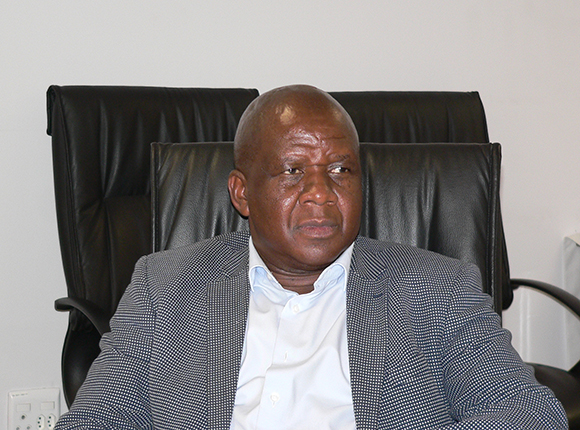 This is a formal notification that Mr. Mandla Mnguni has resigned from the position of Chief Executive Officer of the State Diamond Trader (SDT) to pursue another role in government. Mr. Mnguni left the SDT on 05 September 2022 to take on his new role. He leaves just five months before the expiry of his five years term with the SDT.

The Board extends its gratitude to Mr. Mnguni for shepherding the institution for over a period of four years and wishes him well in his future endeavours. The appointment of an acting CEO is the prerogative of the Minister of Minerals and energy and his decision in this regard will soon be made. In the interim Mr. Conrad Van Der Ross, the Operations Manager will be holding the “fort”. All stakeholders are assured that the SDT will continue to operate with minimal disruption.

The State Diamond Trader is a state-owned entity established in terms of Section 14 of the Diamonds Amendment Act, 29 of 2005. The company is classified as a Schedule 3b entity of the Public Finance Management Act (PFMA), and is eligible by law and proclamation to purchase up to 10% of the run of mine from all diamond producers in South Africa.

This website uses cookies to improve your experience while you navigate through the website. Out of these cookies, the cookies that are categorized as necessary are stored on your browser as they are essential for the working of basic functionalities of the website. We also use third-party cookies that help us analyze and understand how you use this website. These cookies will be stored in your browser only with your consent. You also have the option to opt-out of these cookies. But opting out of some of these cookies may have an effect on your browsing experience.
Necessary Always Enabled
Necessary cookies are absolutely essential for the website to function properly. This category only includes cookies that ensures basic functionalities and security features of the website. These cookies do not store any personal information.
Non-necessary
Any cookies that may not be particularly necessary for the website to function and is used specifically to collect user personal data via analytics, ads, other embedded contents are termed as non-necessary cookies. It is mandatory to procure user consent prior to running these cookies on your website.
SAVE & ACCEPT